Operation Alert City of Artesia on 2 Hour Delay Read On... 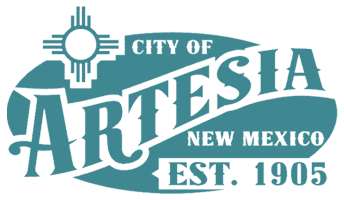 The Artesia Fire Department was established in 1905. The first firefighting unit in Artesia was a two wheeled hose cart. When an alarm was answered, the firefighters pulled the cart to the location of the fire. Occasionally, someone with a wagon and team of horses would pull the cart to the scene. If the firefighters were really lucky, someone that was fortunate enough to own a motorized vehicle would pull it for them. The hose cart was stationed on South 4th Street.

City Hall records show that the first motorized engine was purchased in 1923, and was an REO Speedwagon. It had a small volume pump and a 50 gallon booster tank. The tank was pressurized and contained Soda-Acid. The engine was kept at the Ford garage (where present day Ken Mar furniture is located).

Dallas Golden was accepted as a member of the Artesia Fire Department (AFD) in September 1936 and attended his first meeting on October 5, 1936. He answered his first fire alarm on November 16, 1936. After Mr. Golden was accepted as a member of the AFD he and his wife were asked if they would consider living at the new fire station and they accepted the offer. According to an AFD history written by Mr. Golden (after he became fire chief) he referred to it as "very small cramped quarters".

In August 1939, Dallas Golden was the very first full time paid fireman for which he received a monthly salary of $125.00. The department's third fire truck was delivered January 13, 1941, a 1943 Seagraves. It was reported that the manufacturer stated that it was the last engine to roll off the assembly prior to suspending production due to a "black out" because of World War II. The Seagraves is currently housed in the Artesia Museum, and it used for parades to this day. The bell that was originally installed on the engine is proudly displayed at the fire station on 309 N. 7th Street.

Dallas Golden was elected secretary-treasurer of the fire department July 12, 1943, and served in that capacity until July 1957, when he was elected as assistant chief. During this time a new fire station had been constructed at 5th and Texas (across from present day City Hall). Mr. Golden, along with his wife and daughter, moved from the station at 104 N. 5th Street to the living quarters in August 1949. An open house was held on Monday night, October the 10th, to dedicate the new building. The recreation room did not have tile on the floor or ceiling, and had no furniture. Members of the department began improvements, and with generous donations and contributions from the citizens of Artesia the recreation was completed.

The fourth motorized fire truck was purchased August 22, 1951. This engine dawned newer technology to assist the firefighters of the day. It had two pumps: one 600 gallon volume pump and a small 4 stage high pressure pump capable of reaching 800 pounds per square inch (PSI). Records show the department used the high pressure pump to extinguish about 85% of their fires.

In March 1957 Chief Golden was granted permission to travel to Columbus, Ohio and assist in driving a new 750 gallon pumper back to Artesia. They arrived back in Artesia on April 1, 1957 with the city's fifth engine.

In 1963, the fire department purchased radios, followed by Plectron alerting units the following year. These two improvements in technology helped the department provide significantly better service to the community.

Chief Golden wrote: "January 1970 is another memorable year in that I, Dallas Golden, was granted permission to fly to Elmira, N.Y. and assist with driving a beautiful Ward LaFrance fire engine back to Artesia, cost $37,395.00 this is motorized engine No 6."

The Artesia Fire Department began their ambulance service on May 14, 1974.

In 1975, Chief Golden, Ray Castleberry, and Jim Boyse were tasked to develop ideas and suggestions regarding the construction of a new fire station. The men worked diligently in designing a building and made recommendations for the locations and purchase of the property. On 29 February 1976 Chief Dallas Golden retired from the Artesia Fire Department. In that same year Ray Castleberry was made chief of the fire department, where he served until 1996.

From 1996 through July 2006, the department did not have a fire chief and operated under the director of public safety. In 2006, Mayor Manual Madrid and city council selected J.D. Hummingbird to serve as fire chief, and he began work on July 11, 2006. Chief Hummingbird had served over 20 years in the United States Air Force as a firefighter prior to the selection. He was immediately tasked, by then Mayor Madrid, to accomplish two significant items for the city: develop an emergency warning system, and design a new fire station. The early warning system was designed, installed, and fully operational in March 2008. The new Public Safety Complex (housing AFD, Artesia Police Department, Municipal Court, Eddy County Sheriff, and the New Mexico State Police) was completed and all entities moved in on May 5, 2011. The Artesia Fire Department won the "Gold Medal" in the 2011 Station Style Design Award and was not only featured, but graced the cover of Fire Chief Magazine.

Chief Hummingbird realigned the department in December of 2006. He created divisions and appropriate officer positions that were in line with the national standards. During his first four years he was successful in receiving nearly one million dollars of funding from Office the Governor of New Mexico (both Governor Bill Richardson and Governor Suzanna Martinez) to acquire four new type III ambulances and two new fire engines. Chief Hummingbird also developed and implemented a plan to ensure the first ever emergency medical technician-paramedics for the City of Artesia.